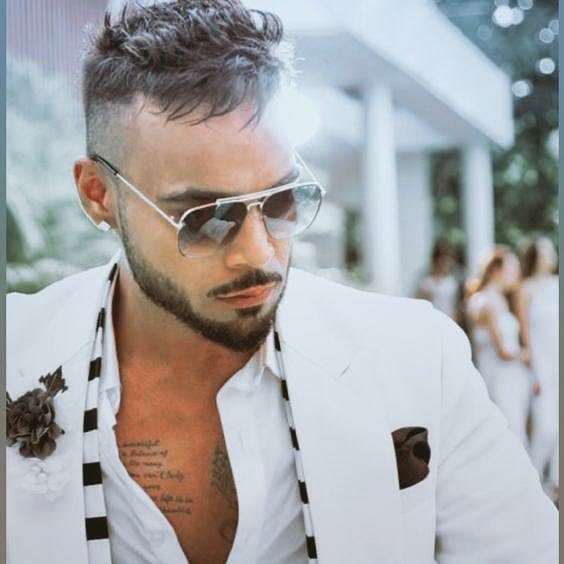 Singer Indeep Bakshi who has given hits like Saturday Saturday, Kala Chashma and more is currently staying indoors in his Delhi residence on getting attacked and receiving death threats on family and hinself. All this because of one song and his collaborator. He claims that it all started with Sumit Goswami, who was named in the suicide video of Aman Baisla, a businessman who hung himself and accused the former for not returning his money. Singer Sumit Goswami (who is currently in jail) is Indeep Bakshi’s co-singer in his recent release ‘Raaj’.

Due to people’s rage on Indeep Bakshi releasing the song. He did clarify that the song was shot far before the incident took place and was absolutely unaware about the same. Indeep quoted, “I was going to go Bigg Boss 14, and had wrapped up all my shoots, but who knew what was coming up for me. Who’ll feature in a song is not in our hands. I just rapped, edited the song, and featured in it. It’s in the hands of the music company, they have the rights, and also decide when they’ll release it,” he shares.

Bakshi adds that he had given eight songs to the company, out of which three had Goswami.

“I’m an artist-producer, how would I be aware of a person’s person life as I was only professionally associated with that person, that to on behalf of a song shot via the company. It doesn’t mean I’m involved. For the company, controversy is good, that is totally their concern. I spoke to them, too. Earlier, this track was going to come in November. Then the video went viral (in which the deceased accused Goswami). The track was shot two months ago, and came out in October,”.

Bakshi further quoted,
“After the poster of Raaj came out, I went to a convenience store, and I had to filter whether people there are my fans or going to kill me after they recognised me. I ran from there. I posted a picture of my dad on social media on his birthday, and people wrote comments like ‘maar denge’. I can’t even ask for help, because nothing has happened. They’ll hit my car, and someone wrote on my bonnet ‘panga kyun liya’. I’m not against anyone, I have only written the rap. More than half of the artists are scared of working with me now, because of the threats. My mom is crying all day long, I don’t know what to do. If you want, I will even stop singing, for me my family is everything. I haven’t seen my mom cry in front me,” he concluded.

Indeep Bakshi’s song ‘Raaj’ is considered to be one of the most controversial songs today, it was premiered on 25th Oct.