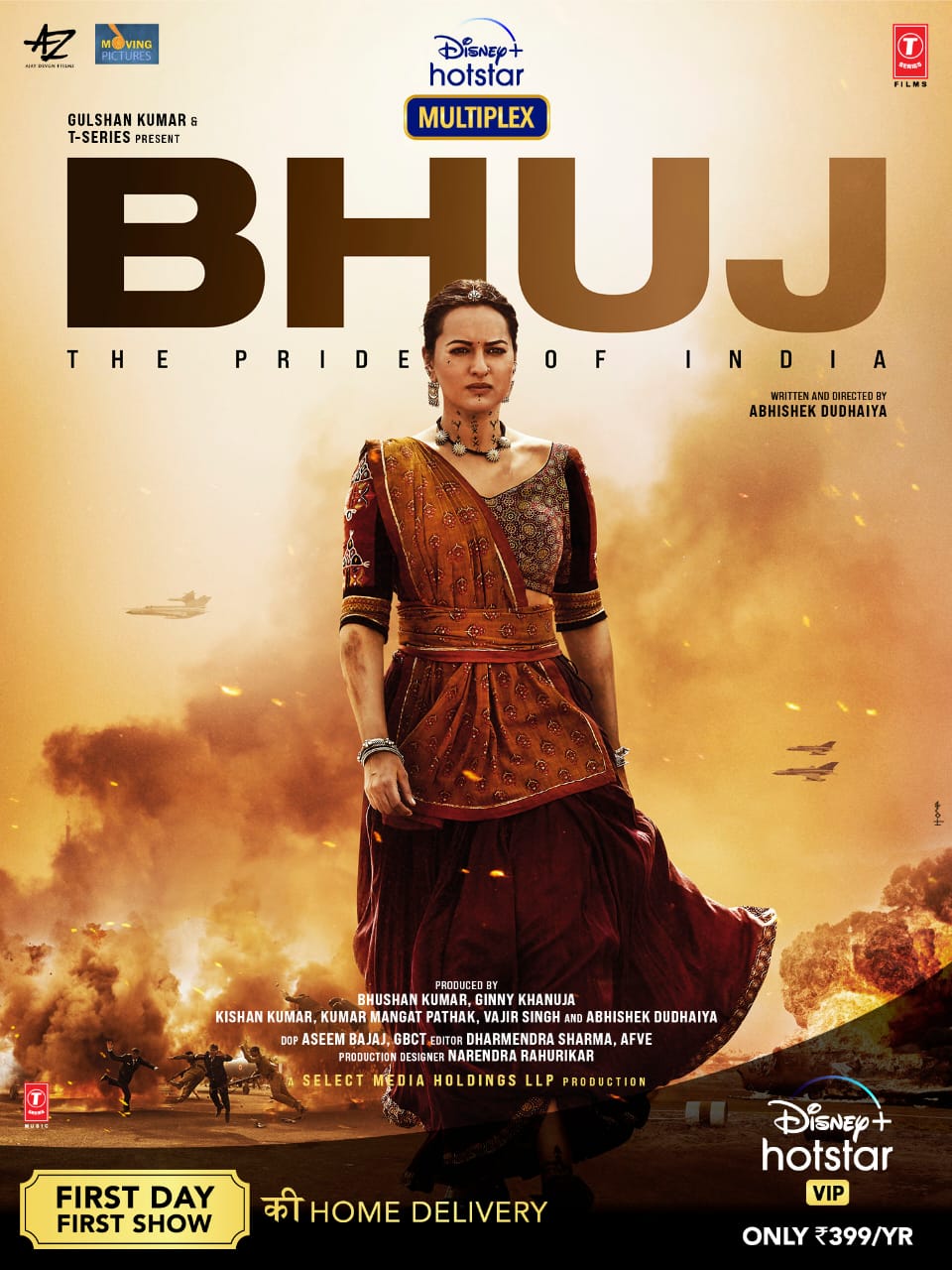 First Look: Here is the first glimpse of Sonakshi Sinha from #BhujThePrideOfIndia, essaying the role of Sunderben Jetha Madharparya, the brave social worker who took 299 women along with her to support the Indian Army!

Bhuj: The Pride Of India is written & directed by Abhishek Dudhaiya and produced by Bhushan Kumar, Ginny Khanuja, Vajir Singh and Kumar Mangat Pathak, under the banners of T-Series and Select Media Holdings LLP. The film will release with #DisneyPlusHotstarMultiplex on @DisneyPlusHotstarVIP!