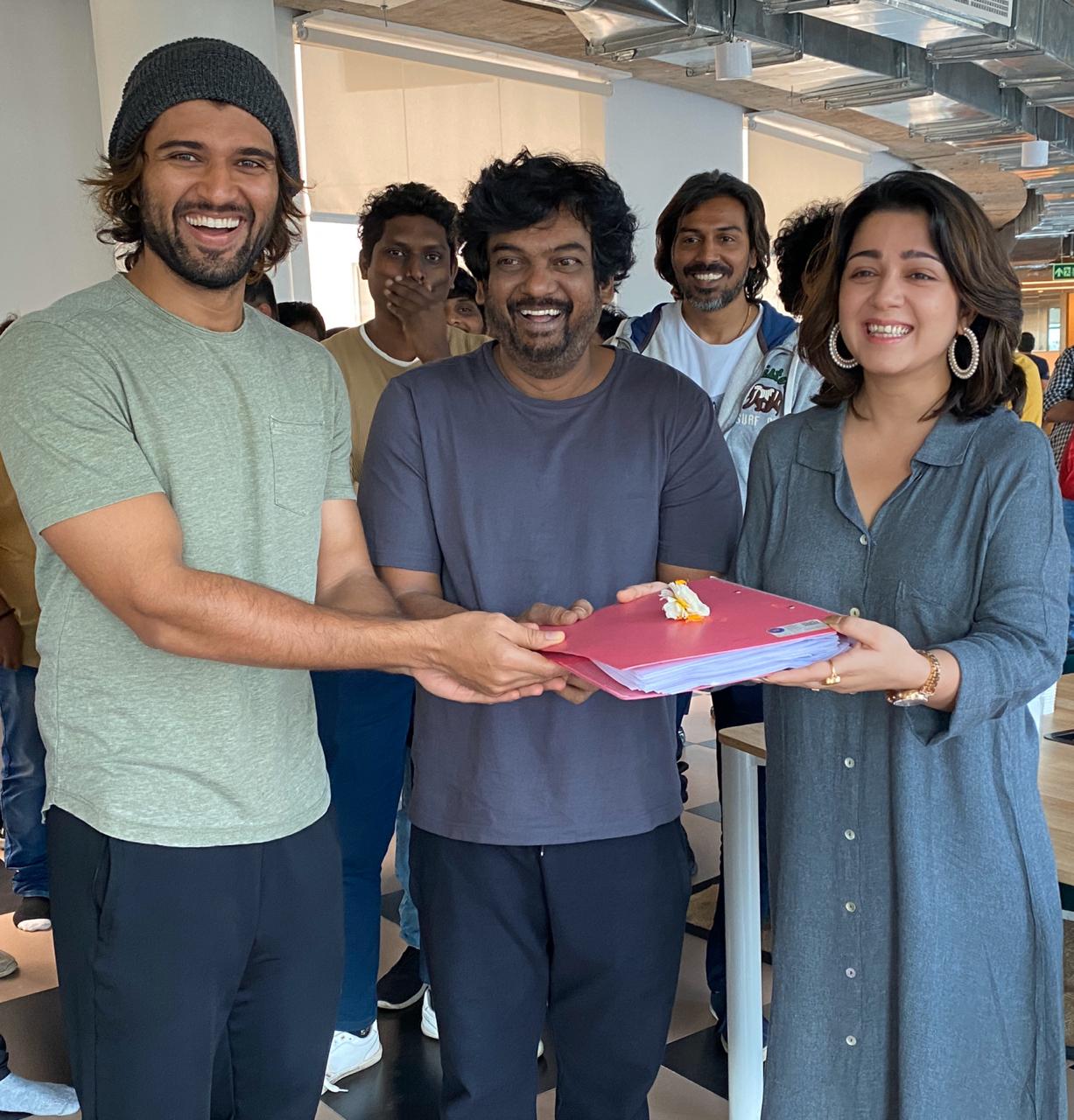 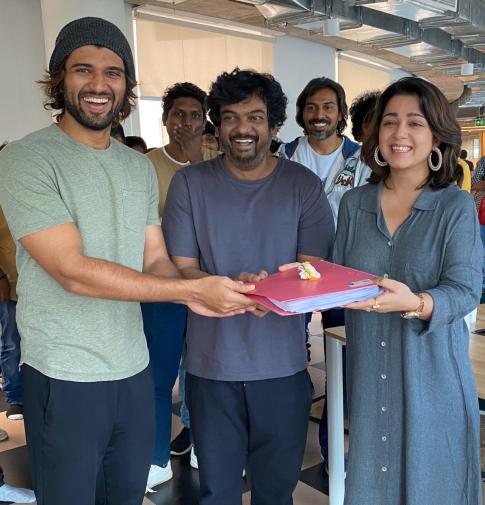 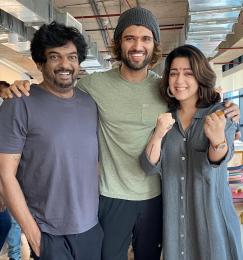 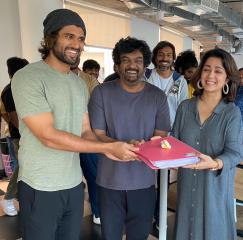 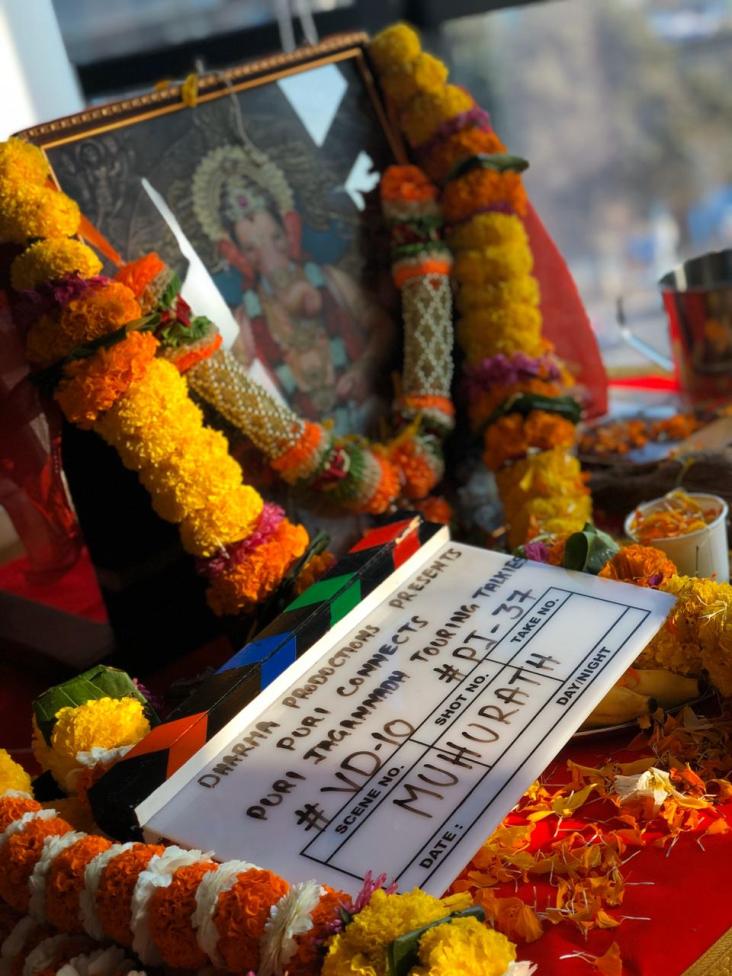 Charmme Kaur has clapped the sound board for the muurtham shot on Vijay Deverakonda.

This is immediate project for Puri Jagannadh who delivered a massive hit with his last flick iSmart Shankar. Bowled by his concept, Karan Johar and Apoorva Mehta joined the project as production partners.

This will be a Pan India film to be made in Hindi and all south Indian languages.

Puri is a specialist in showing his heroes in never seen before manner and he indeed explores the best out of them.

Likewise, Puri took special care about Vijay Deverakonda’s look in the film. The young hero underwent rigorous training and was on strict diet to shape-up his body. He flew to Thailand to learn mixed martial arts and other fight forms for his role.

This indeed is the most challenging role for Vijay Deverakonda so far and he will be seen in a completely new avatar.

In association with Puri Jagannadh touring talkies and Puri connects, the film billed to an actioner will be produced jointly by Puri Jagannadh , Charmme Kaur , Karan Johar and Apoorva Mehta.