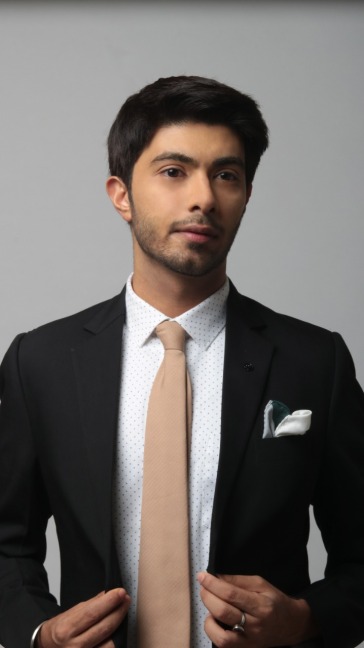 Starring Supriya Pilgoankar,Shivani Raghuvanshi, Sankalp Joshi and Adeeb Rais himself, Baatein touchesissues with parenting and communication that youngsters may face in theireveryday lives.  Adeeb made his debut asan actor with MX Player Original web series – Yeh Crazy Dil opposite ZoaMorani. In Baatein, Adeeb plays a documentary filmmaker who is passionate abouttelling real stories and documenting interesting experiences of people fromslum areas, red light areas and prisons. Interestingly in real life too, Adeeb’sforte lies in relatable slice of life stories. Playing a youngfilmmaker like himself in the short film, Adeeb shares his experience, “Baateinhas been a wonderful and truly satisfying journey. After the overwhelming loveand appreciation, I received for my previous short ‘Aunty ji’ starring ShabanaAzmi and Anmol, I was keen on pushing myself to take the mantle of tellingmeaningful stories that not just entertain but also impact society positivelyfurther. The beauty of ‘Baatein’ lies in its simplicity that we have retainedeven through the story and subject is complex”. “Essaying the role of afilmmaker was great fun. I have shot documentaries earlier in my career so Idid not need to do a lot of homework on that front. But I did have to putefforts in digging deep into the backstory of the character’s personal life. Mycharacter, Jeet is dealing with loss and pain and in order to do justice tothose layers- I had to work hard in diving back into some of my personal wounds”,adds Adeeb.As director of Baatein,Adeeb states, “To add to it, directing and acting together comes with its ownset of challenges, but I am grateful that I had the most wonderful andcooperative set of actors and crew members. They were extremely supportive andstood by me like a rock. I genuinely believe this beautiful output of ‘Baatein’is largely a result of their strong faith in me and the project”.AdeebRais’s earlier work as a director includes short films like -Auntyji starringShabana Azmi, Lovey Dovey starring Nidhi Sin, Kuch Spice starring Purab Kohliand Web Series – Yeh Crazy Dil starring Zoa Morani. He made his directorialdebut with feature film Main Aur Mr Riight starring Shehnaz Treasurywala andBarun Sobti.