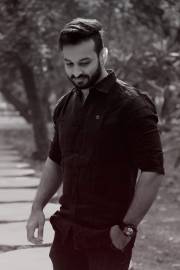 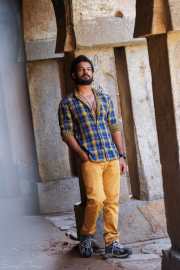 Hardworking and extremely talented, Annkur features in his highly-anticipated film titled ‘Bhuj’ directed by Abhishek Dudhaiya. The young talented actor will be seen portraying the pivotal role of an Air Force Officer in the movie. While his character’s screen time is less, it’s quite prominent and relevant to the movie script.

While Annkur has already shot half of the film, he is yet to shoot the climax portion, which he will be shooting in Bhuj (Gujarat) very soon.

Besides Bhuj, Annkur also features in a web series titled Don. As interesting as the title, Annkur will be seen portraying the role of a hacker in the digital show. He plays a cool dude with a negative shade. While Annkur’s character is quite interesting, the multi-talented personality is also working in the capacity of a DoP (Director of Photography) for the web series.

Also, Annkur’s Telugu movie in which he plays the lead protagonist and shot for during last December is scheduled to release most probably next year. The film is into post production and Annkur had fond memories working in the South film industry as he believes the people over there are extremely disciplined, punctual and creative.

Not just Bollywood and South, Annkur has also proved his mettle as an actor in Hollywood by featuring in a short film titled ‘Black August’ which was nominated in more than 10 international prestigious film festivals.

Being a man of many talents, Annkur is immensely creative at fashion photography and cinematography as well besides acting.

He informs, “I am still not satisfied because I wish to work with Anurag Kashyap sir, Mukesh Chabbra sir, Nagraj Manjule sir, and many more directors who are making films and web series which is very close to reality of the society.”

“I want to be a part of such topics where I can act and experience natural acting which is very tough. I’m a fan of Nawazuddin Siddiqui, Pankaj Tripathi, Piyush Mishra, Deepak Dobriyal, Rajkummar Rao and Aayushman Khurrana among others. They are masters of acting and always deliver superb performances. I really want to become like them and wanted the opportunity that they got as actors to showcase my acting credentials,” he adds.