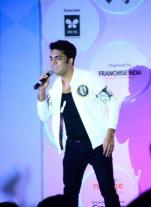 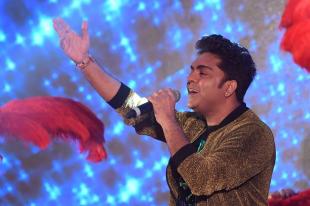 He has ruled millions of hearts with his soulful rendition of the song “Jaane Tere Shehar Ka” . Vipin is a popular face from the panel of Grand Jury on Zee Saregamapa lil champs. Vipin is a well known name in Bollywood and now Vipin has a superhit song for his idol A.R.Rahman for a Tamil film named “Sarkar” which has hit the 90 million mark

We spoke to Vipin and here is what he has to say,” I have known Rahman bhai for a longtime now. I performed with him for the unity of light peace concerts. I called him to give my greetings for the brand new year and he asked me if I would like to sing a Tamil song, to which I said yes Ofcourse as I feel music has no language. The next day I flew to Chennai for the dub. ”

Working with A.R. Rahman was a dream come true for Vipin Aneja. Vipin in the past have sung in various South Indian languages while he had done a huge number of stage shows. We surely reckon singing a tamil song wasn’t a big deal for him.

We spoke to Vipin on this experience and here is what he has to say about working with AR Rahman ” Working with the maestro was super cool as he normally doesn’t dub but he sat with me to record and made me extremely comfortable, joked a bit about my Tamil pronounciation, and encouraged me as I sang couple of takes. One learns a lot when you work from this ocean of talent, to stay humble and to constantly reinvent yourself. Simtaangaran is my first Superhit song down south, hoping to do many more in the near future ”