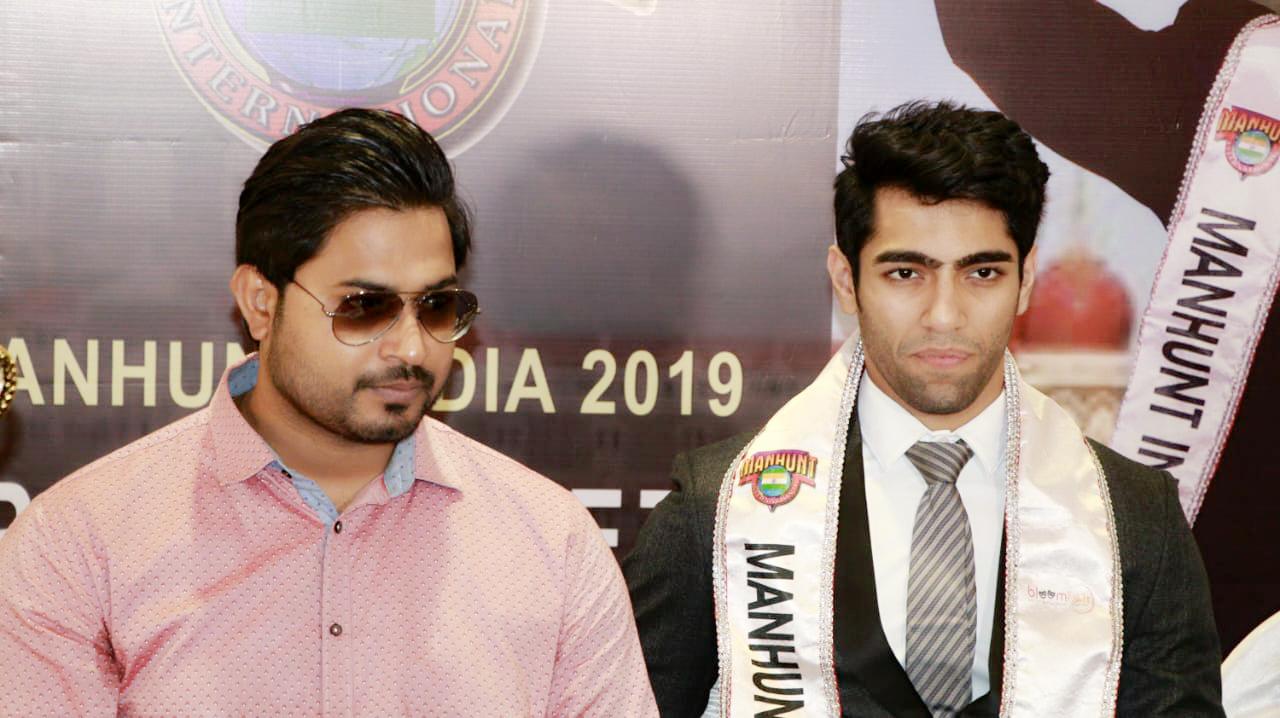 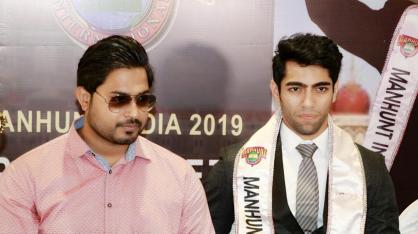 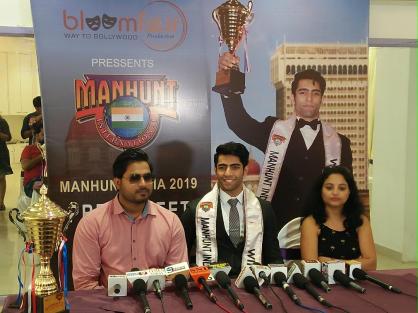 Mayur Gangwani was announced the winner of the prestigious Manhunt India 2019 contest’s Grand Finale managed by Bloomfair Production House, the Indian franchisee of Manhunt International at The Byke Old Anchor Resort, Cavelossim Beach in South Goa.
Chief Guest Rosko Dickinson, Executive President of Manhunt International awarded the trophy to Mayur Gangwani as he scored the highest points in Introduction, Talent Round, Q & A rounds and finally the photo shoot rounds.
Ahmed Kabir Shadan, National Head of the Manhunt India said, “The selection was based on the following aspects – Best Personality, Best Talent, Best behavior under pressure, Best Passion and above all, the perfect gentleman – A man of Substance! I am proud to present this Jaipur boy, Mayur who has all the top qualities (best physique and talent) and has a striking personality.”
Riitu Sood, Director of Manhunt India mentioned, “Mayur  is a self driven and a motivated boy who will surely win the hearts at the World Finale of the Manhunt International,” adding, “I hope our Government recognizes the efforts put in by this boy to reach this level, and that they should laud Mayur Gangwani with honours like they applaud any other sportsman in the country. Doesn’t this boy’s achievement deserve national recognition, particularly when he is selected to represent India among the over 50 contestants from the world?”
Mayur Gangwani is a Honours Graduate is a state level Basketball and Volleyball player with interests in horse-riding and dance with a desire to make it big in Bollywood, He considers the previous winners of Manhunt India – John Abraham, Dino Moreo and Karan Singh Grover as his idols. “I will put in all my best efforts and am indebted to Ahmad Sir and Riitu madam who have been my guiding light all throughout this male beauty pageant,” he mentioned.
Manhunt India 2019 event is Marketed and it’s PR is handled by Naghma Khan of SHAAZ Media Entertainment. About 50 International Male Models from all over the world will arrive in Manila, Philippines to compete for the coveted title of Manhunt International to be held in Manila, Philippines in February 2010 where the contestants are judged on their catwalk and runway skills, photogenic ability, personality and physical attributes.
Seeing such stupendous response of the public towards this event, let’s hope the PMO and government officials recognize and support the Manhunt India platform and its winner who eventually is India’s cultural ambassador representing our great country at the International competition.