Speaking on the occasion, Shaurya Singh, the writer/director of the film shared, “We are elated with the kind of response our film Ferrous got post it’s screening at rtf-2018, specially when we got a call from the RTF team telling us that they are running the movie again on popular demand. The award does not belong only to the Ferrous team but to everyone who dare to tell experimental tales.” 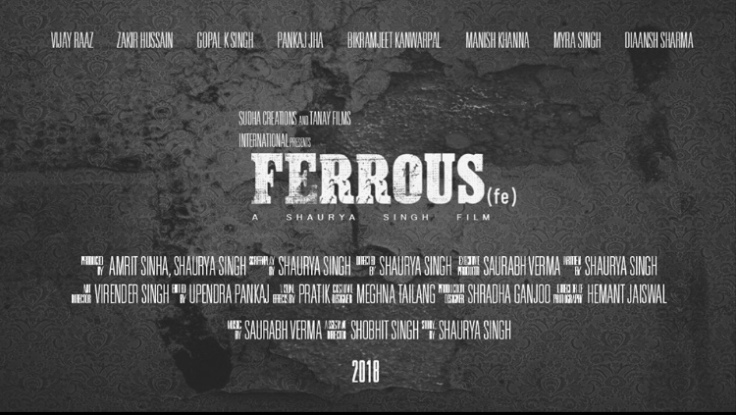 Commenting on the win, producer Amrit Sinha said, “I am overwhelmed to receive this honour. We dedicate this award to the cast and crew of Ferrous who believed in the film and made it possible to make this movie. We are also very thankful to the team of rtf-2018 for selecting our film to be a part of this amazing film festival in Lagos, Nigeria”

Starring Vijay Raaz, Zakir Hussain, Maruf Khan, Gopal K Singh, Pankaj Jha, Bikramjeet, the story revolves around the crime stories happening in Mumbai city and around. The film has an unusual and extraordinary non-linear screenplay that binds the audience till the end and gives them something to work upon.