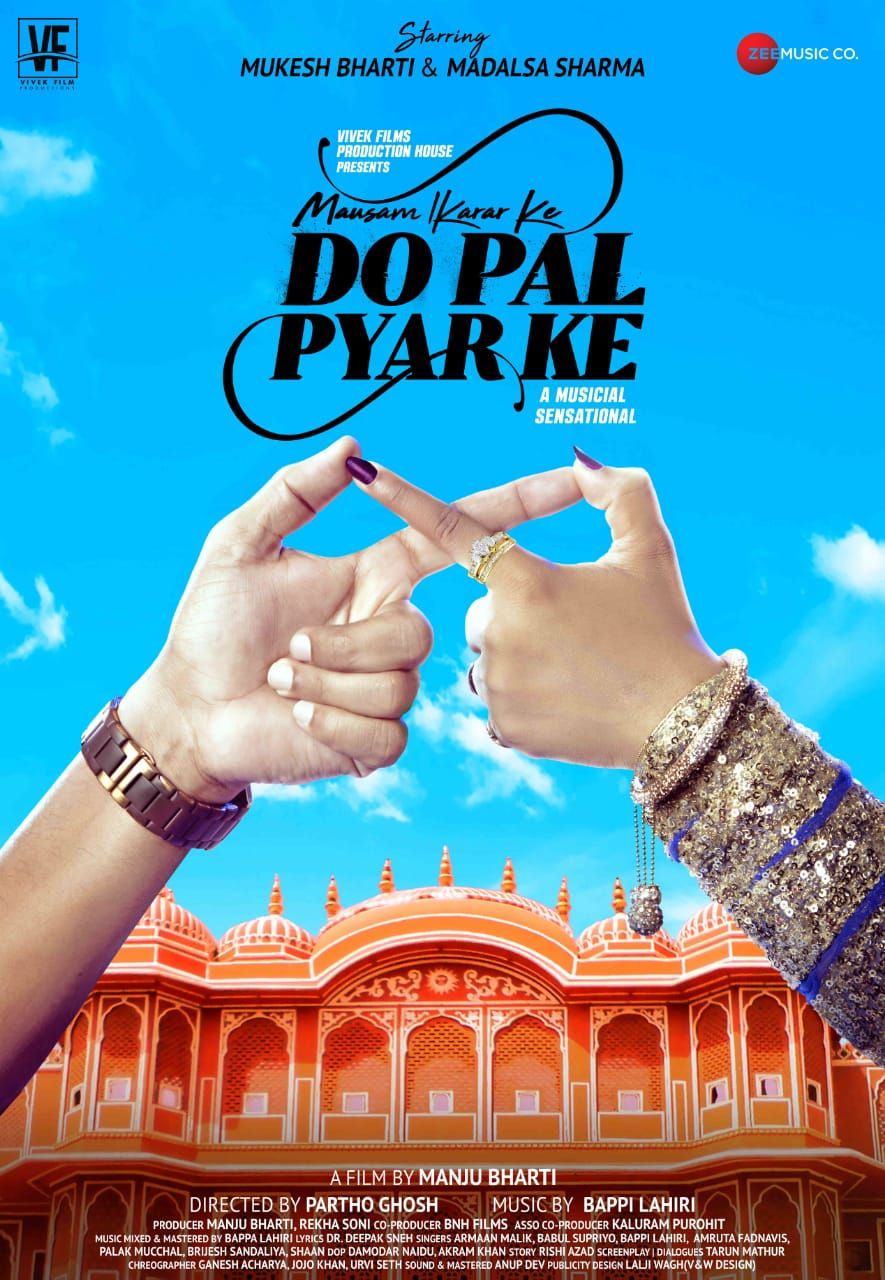 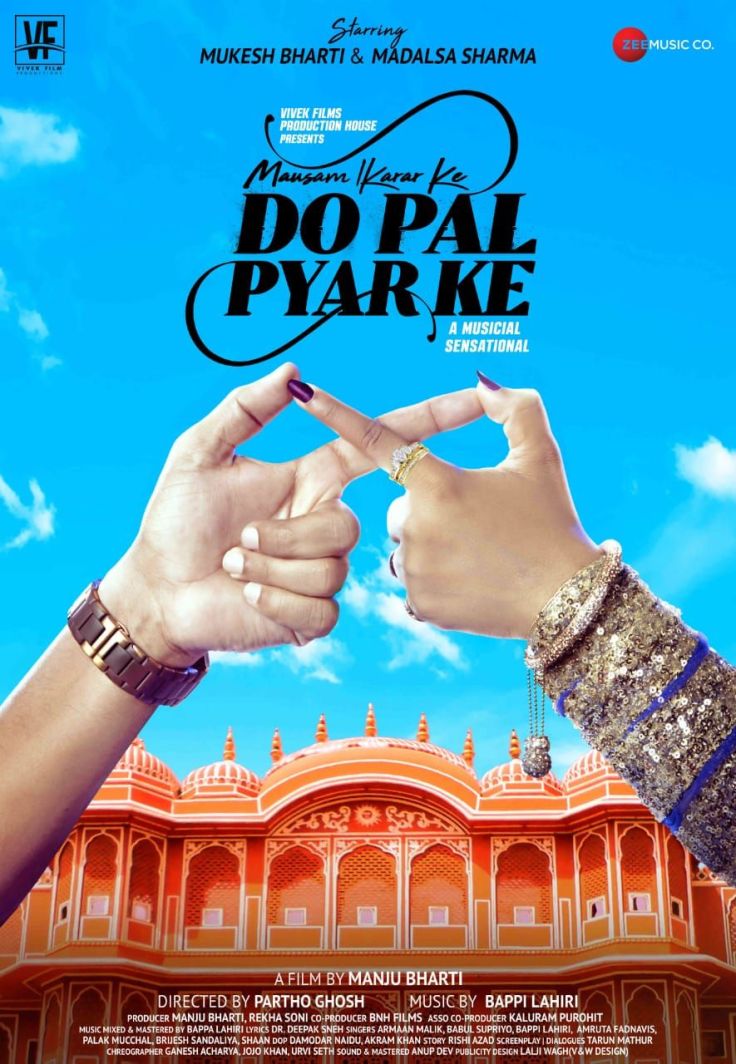 It’s raining blockbusters in Bollywood with every genre of films being explored. Vivek Films Production House presents to us its first teaser poster of its upcoming musical family drama Mausam Ikrar Ke, Do Pal Pyar Ke. The makers have chosen to showcase the sign of infinity clearly layering the concept of everlasting love. The uniquely designed teaser already has the audiences wondering what comes next from this film with its fresh approach and fresh casting. The film features Mukesh Bharti and Madalsa Sharma in the lead. A film by Manju Bharti, It has been produced by Manju Bharti and Rekha Soni, Co- Produced by BNH Films along with Associate Producer Kaluram Purohit. Mausam Ikrar Ke, Do Pal Pyar Ke has been directed by the iconic director Partho Ghosh. Word has it that the film boasts of a fabulous soundtrack by the legendary music director Bappi Lahiri. With a fresh look, young and talented casting and a compilation of hit music, Mausam Ikrar Ke, Do Pal Pyar Ke has already started off on a strong footing. Here’s wishing the film the best of luck.