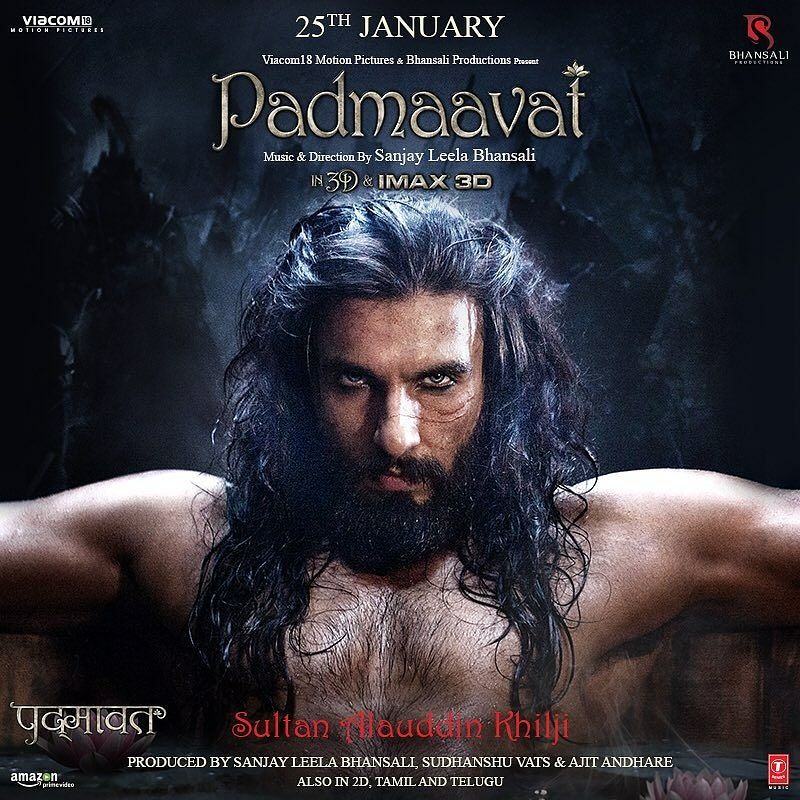 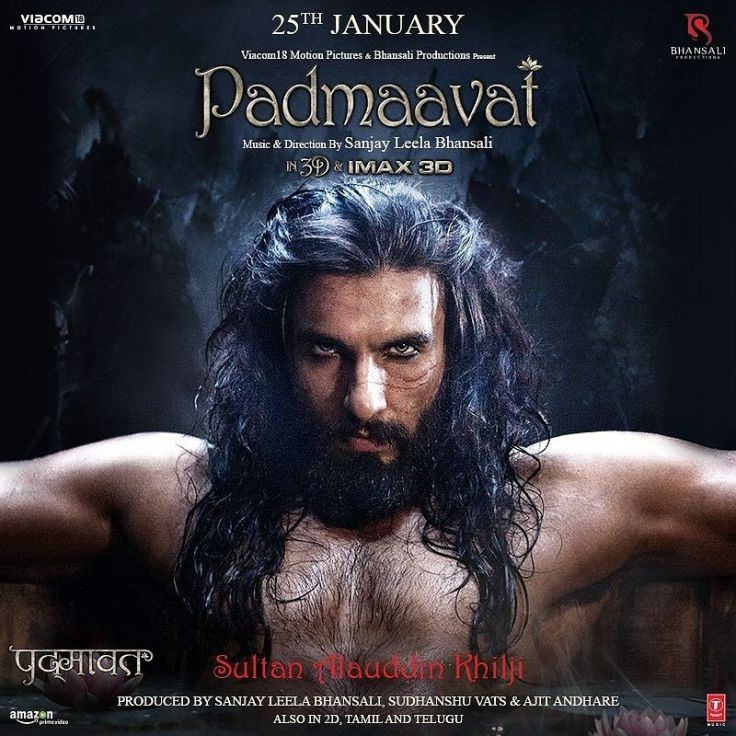 Mumbai, January 14, 2018: Viacom18 Motion Pictures announced 25th January, 2018 as the worldwide release date of ‘Padmaavat’. Directed by Sanjay Leela Bhansali, ‘Padmaavat’ is the first Indian film that will have a global IMAX 3D release. It has been cleared for release by the CBFC with a U/A release certificate post the incorporation of only 5 modifications.

Starring Deepika Padukone as Rani Padmavati, Shahid Kapoor as Maharawal Ratan Singh & Ranveer Singh as Alauddin Khilji, the film will also be released in Tamil and Telugu, in addition to Hindi. 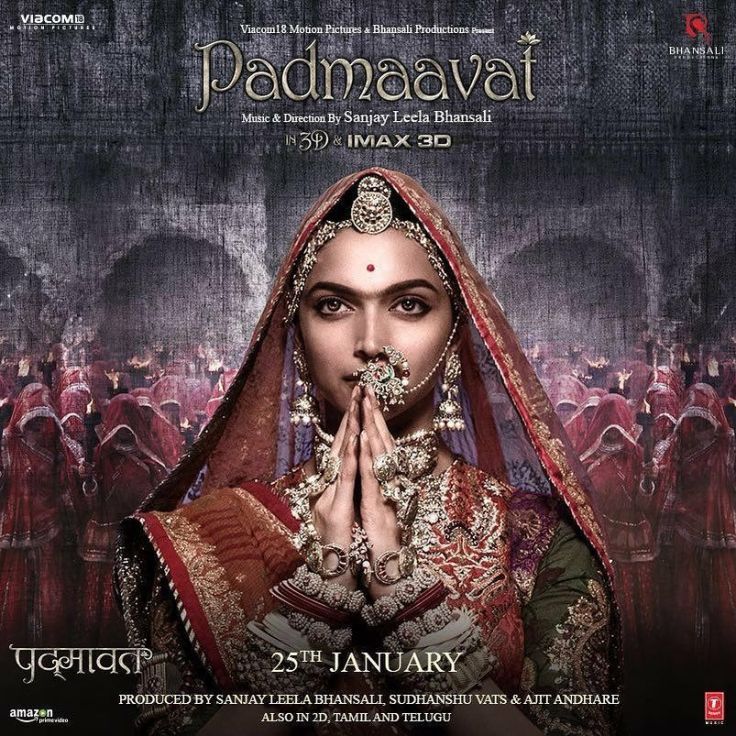 Based on 16th century Sufi poet Malik Muhammad Jayasi’s epic poem Padmavat, the movie faced resistance from its early stages due to a misinformation campaign and rumour-mongering. Despite these challenges, the film that showcases the valor of Rani Padmavati, Maharawal Ratan Singh and the famed Rajput ethos of honor, bravery and sacrifice, has managed to overcome all odds; aided by the support of well-wishers from across the film fraternity, the government authorities and the society at large. 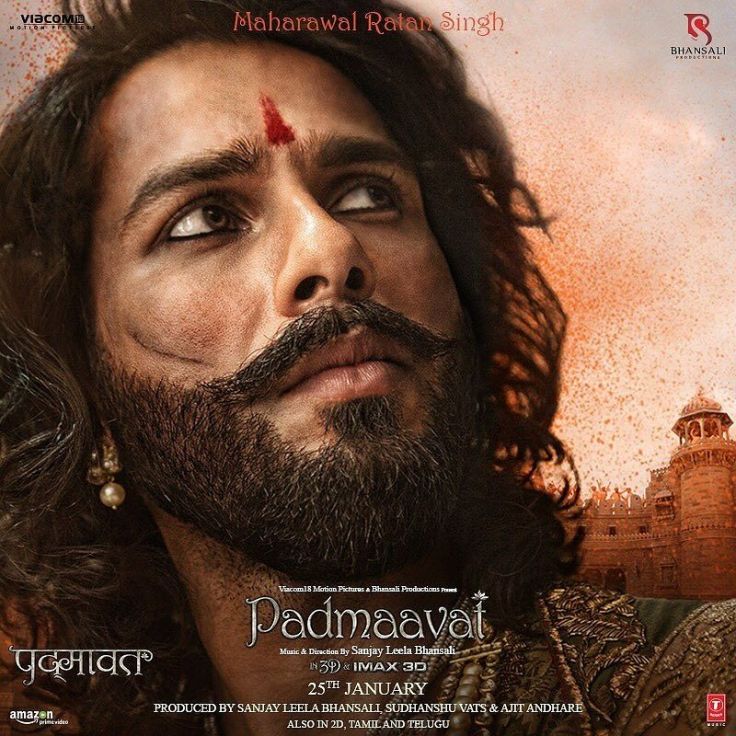 “Padmaavat is a cinematic masterpiece in every sense of the word. We hope that we will surpass the expectations of our fans from across the world. We are humbled with the immense support we have received from the government authorities, the Central Board of Film Certification and the entire film fraternity,” said Sudhanshu Vats, Group CEO, Viacom18. He further added, “Padmaavat is a story that’s inherently Indian in its context, ethos and values. In the past, international film-makers have presented Indian stories such as Gandhi, Life of Pi, The Jungle Book and others to the world. We believe that this is the right time for us to truly make in India and show the world a tale that every Indian is proud of.”

Ajit Andhare, COO, Viacom18 Motion Pictures said, “Padmaavat is our magnum opus – a tribute to Rajput valour created at a scale that will be a delight to watch on the large screen. The film will witness a mega-scale release across maximum screens, languages & formats covering 2D, 3D & Imax 3D in India & the world. It carries the trademark style of Sanjay Leela Bhansali, wherein each frame of the film is a timeless work of art. We have partnered with Paramount Pictures to distribute the film across select international markets including non-traditional territories. Padmaavat will create its own benchmark as an immortal classic when it releases across the world on the 25th of January.”

Sanjay Leela Bhansali said, “Padmaavat is a dream come true for me. I have always been fascinated by the stories of honor, valor and vigor of our great Rajput warriors that have been captured so beautifully in our literature and this movie is my homage to those glorious stories. I would also like to thank the entire film fraternity for supporting Viacom18 and Bhansali Productions through the entire production and pre-release phase and hope they like the film they so supported.”

Viacom18 Motion Pictures is India’s finest fully integrated motion pictures studio that has emerged as a force to reckon with by delivering a stream of critically and commercially successful films. Offering differentiated and meaningful cinema, some of its iconic releases have been Toilet – Ek Prem Katha (2017), Lucknow Central (2017), Motu Patlu (2016), Drishyam (2015), Gabbar is Back (2015), Margarita with a Straw (2015), Manjhi – The Mountain Man (2015), Mary Kom (2014), Queen (2014), Bhaag Milkha Bhaag (2013), Madras Café (2013), Special 26 (2013) and Kahaani (2012) to name a few. Viacom18 Motion Pictures is also one of the few studios to have successfully ventured into regional films across languages like Bengali, Marathi, Punjabi and from the South. The Studio has also backed path-breaking and much-appreciated creative work in the form of hits like Bombay Talkies, Gangs of Wasseypur I and II, OMG – Oh My God! Dharam Sankat Main, Manjunath, Shaitan, That Girl in Yellow Boots, Pyaar ka Punchnama and Pyaar Ka Punchnama 2, Inkaar, Saheb, Biwi Aur Gangster Returns, Rahasya, Boss and Budhia Singh – Born to Run amongst others.

Viacom18 Media Pvt Ltd. is one of India’s fastest growing entertainment networks and a house of iconic brands that offers multi-platform, multi-generational and multicultural brand experiences. A joint venture of Viacom Inc. and the Network18 Group, Viacom18 defines entertainment in India by touching the lives of people through its properties on air, online, on ground, in shop and through cinema.